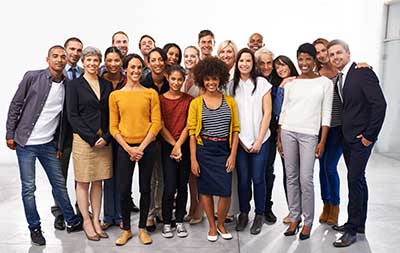 So, you live in Nevada. Have you stepped outside, gone to the store or simply walked along the street? Have you listened to others as you go about your day? Spanish is used extensively in the greater Las Vegas metropolitan area and we hear it in almost all aspects of our daily lives. But there is one principal reason that makes studying Spanish even more urgent:  Getting a job.

Why so many jobs now use Spanish?

In Southern Nevada it is estimated there are over 500,000 Spanish speakers. Spanish is used in almost every single service industry including communicating with the 8 million Spanish speaking foreign tourists visiting us annually.  And although there is a long list of careers where Spanish will be used, there are also many that require you knowing it well.

Spanish is now the second most spoken language in the world with over 50 million Spanish speakers in the USA alone. Did you know that the USA is the second largest “Spanish speaking” country? And if that was not enough, Mexico is our third largest trading partner, and the United States is the largest trading partner for many of the Spanish speaking countries in Latin America. So, whether you think locally or globally, get ready to learn Spanish.

It’s basically as simple as googling “Spanish jobs,” or even “trabajos” and the area where you want to be located.  And of course, there are some great online sites. For example, another resource is the website called INDEED. Check it out right now.

An extensive group of positions require Spanish as a primary requirement, such as teachers, interpreters, translators, customer service representatives, sales professionals, health professions, law enforcement, social workers, first responders and even banking positions such as loan officers. The list is extensive. Here are two sites you can also use to help you search for careers requiring Spanish: Career Builder or Bilingual Jobs.